Category: The Edge of Death

From December 1st to 5th, purchase ALL 3 John Benedict books for under $4!!! 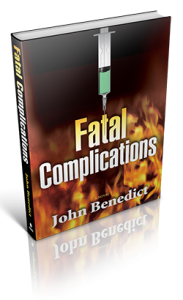 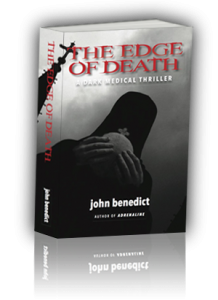 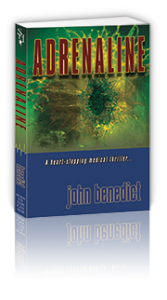 (Purchase the entire set for under $4 or purchase books individually at these sales prices.)

NEVER TO BE REPEATED SALE!

On the genesis of The Edge of Death

JohnB Posted in The Edge of Death No Comments

As a physician, I have always been intrigued with the definition of life and death, the various end-of-life scenarios and the boundaries that exist between them.  As an anesthesiologist, I feel I am even more intimately familiar with the fine line between life and death.  In fact, each time I put one of my patients to sleep, I purposely take them down to THE EDGE OF DEATH —for this is the very essence of anesthesia—and then bring them back.  So it’s no surprise really that several years ago while journal reading, one particular article jumped out at me.

The researchers, who were exploring cutting edge techniques in resuscitation medicine, noted that in patients who were newly declared dead, they could still demonstrate under the microscope, the presence of viable cells in various organs—sometimes even hours after death!  This was a staggering revelation to me, especially since it represented real science—not the realm of fiction.  So, I wondered what actually defines death?  Brain cell death?  Heart cell death? Liver or kidney cell death?  Hard to say.  But this begged the question—if the definition of death is so muddled, when does the soul know it’s time to flee the body?  What is the specific triggering mechanism?  Taking it one step further, what happens to the body if it is resuscitated, after the soul has left?