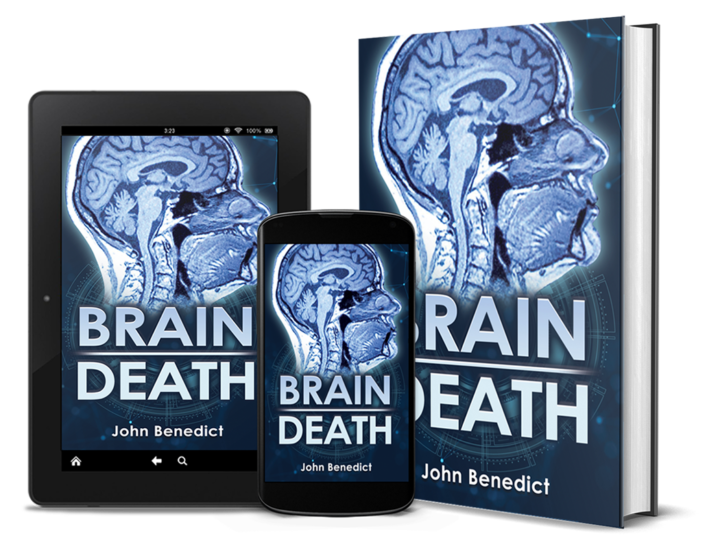 Anesthesiologist, Luke Daulton, returns after his life and death struggle with nurse Brandt Stevens. He is now moonlighting in the ICU at a Pennsylvania VA hospital—the same hospital where the vice president of the United States is undergoing emergency open-heart surgery. The VP suffers some sudden unexpected post-op complications and Luke assists in his resuscitation. The next thing he knows, Luke wakes up paralyzed in the same ICU, only to learn he has been declared brain dead and is facing a lethal organ harvest procedure in less than 24 hours.

Luke must quickly unravel the mystery of how his doctors inexplicably botched his diagnosis. Does it have any connection with the vice president’s close brush with death following surgery? Is it possible someone wants the VP eliminated? Do they want Luke to share in the same fate?

The more Luke learns, the more his suspicions rapidly mount—but what can he do? He is totally paralyzed and carries a brain death diagnosis. Luke must somehow team up with his brilliant wife, Kim, and figure a way out of this nightmarish scenario.

“Brain Death is an absolutely amazing must-read!!!! All those twists and turns, and then when you think it’s over….think again. Totally enjoyed reading this book.” — Cris Blecker Helman

A brilliant book that combines medical knowledge with a lot of other aspects of life!!!

Reviewed in the United States on September 18, 2022

I have been a big admirer of John Benedict’s medical thrillers ever since I read Adrenaline. The current book Brain Death surpasses all of its predecessors by combining diverse aspects of life such as politics and political intrigues, malevolent and diabolical conspiracies, struggling against foreign and domestic plots to uproot the administration etc.

The trials and tribulations of Dr. Luke Daulton, his wife Kim and their supporters Brian and Chris keep the readers glued to their books/e-readers! The readers also go through severe anxiety, stress, worry and get distraught when they are reading the troublesome parts of the book because they become totally empathic and one with each of the characters! The characterization is true to life, impeccable and heartwarming!!

As always, the storyline is spectacular, spellbinding and wholly absorbing, keeping the readers riveted until they finish the book and heave a great satisfying sigh of relief.