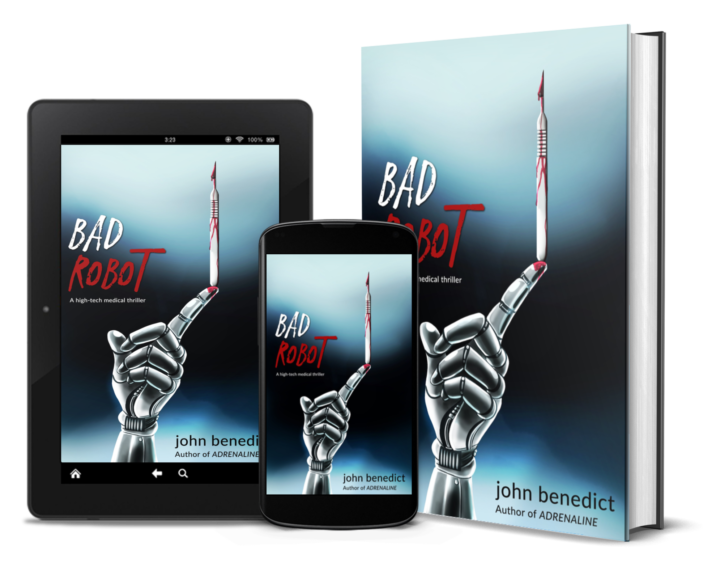 Nurse Brandt Stevens’s life took a radical turn five years ago when he administered the wrong drug to his ICU patient. Luckily, he discovered the med error quickly and was able to save the patient. Mortified, Brandt decided not to mention his mistake to his coworkers, and to his surprise, he was hailed as a hero for his diagnostic skill. Afterward, he began to consider not just the implications, but the potential. Could this advance his career? Could it impress a certain female coworker?

OR scrub nurse Kaycee Blair is gorgeous and knows it. Her tastes run to the finer things in life, and she is not above using her beauty to advance her goals. Though she’s currently dating Brandt, the brilliant ICU nurse whose career is on the upswing, Kaycee finds herself drawn to Dr. Salazar, the hospital’s new robotic heart surgeon.

Dr. Dominic Salazar is a man blessed with Mediterranean good looks, supreme confidence, and obvious wealth.  He is also a virtuoso with the Michelangelo robotic surgical system. However, due to a prior indiscretion, he was forced to give up his prestigious chairmanship of robotic surgery at Mass General and relocate to Swatara Regional Hospital. Dom is determined to rehabilitate his reputation, repair his marriage, and return to a more suitable academic center. But when he meets Kaycee—someone he knows should be off limits—all bets are off.

Anesthesiologist Luke Daulton is back after his harrowing brush with death at the hands of Dr. Katz. A series of unexplainable—and deadly—post-surgical complications eventually entangle Luke in the tumultuous love triangle between Brandt, Kaycee, and Salazar; a triangle rife with sex, jealousy, anger, and revenge—where murder is just a matter of time.

I am speechless from being held breathless by your book, Bad Robot.  WHAT A THRILLER!  CONGRATULATIONS!  Bad Robot is a treasure!  Thank you for allowing me to preview it.

I finished Bad Robot yesterday. It was an amazing reading experience!  It was like I was in a different world altogether. Bad Robot is a brilliant book in more ways than one.  The elements of mystery are built up in such a way that they creep up on you and glue you to the book until you are all done with it.

I just couldn’t stop reading it – Bad Robot is terrific and a very good read….  it starts with a bang!  The book reads so smoothly and easily.  I haven’t read a good medical mystery in awhile, and really, really enjoyed it!!! 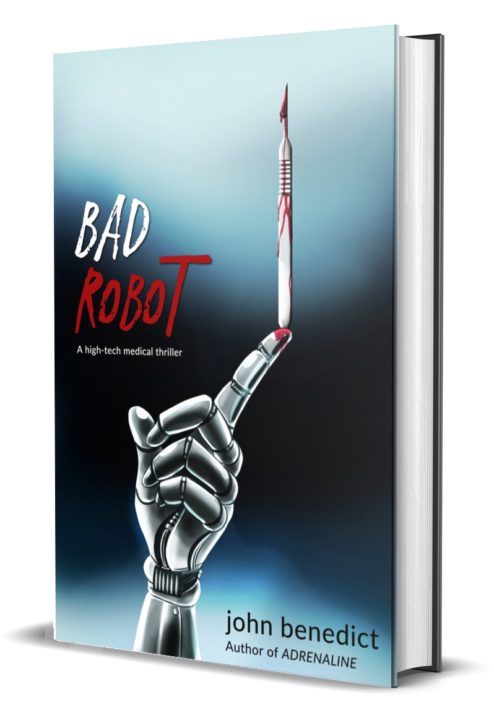 Want a signed copy of one of Bad Robot?